Week One: “A Beginner’s Guide To Irrational Behavior” 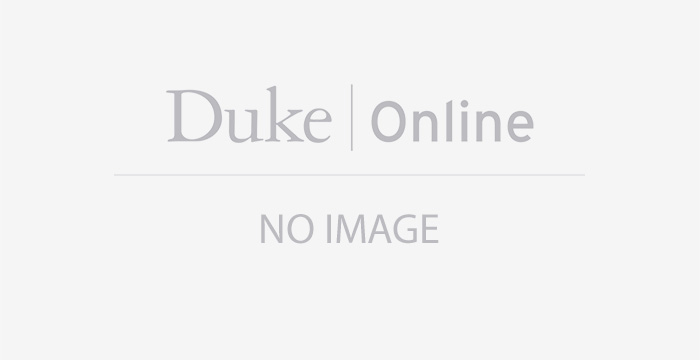 On March 25th, Duke University launched “A Beginner’s Guide to Irrational Behavior”, a course taught on Coursera by Dr. Dan Ariely, the James B. Duke Professor of Psychology and Behavioral Economics. Over the course of six weeks, students explore a variety topics related to irrationality in the context of economics, including the psychology of […]

On March 25th, Duke University launched “A Beginner’s Guide to Irrational Behavior”, a course taught on Coursera by Dr. Dan Ariely, the James B. Duke Professor of Psychology and Behavioral Economics. Over the course of six weeks, students explore a variety topics related to irrationality in the context of economics, including the psychology of money, dishonesty, labor and motivation, self-control and emotion. According to Prof. Ariely’s staff, this will be a “highly interdisciplinary course that will be relevant to all human beings.” In fact, the class is free for all human beings to join at Coursera.org.

“A Beginner’s Guide To Irrational Behavior” is one of Coursera’s highest-enrolled courses, with the number of registered students currently reaching 142,061. During the first full week of class, 66,014 people have been active students. 48,624 students have watched videos, thereby amassing 423,548 video streaming views and 119,894 video downloads.

Duke University’s Coursera offerings have appealed to a worldwide audience thus far, and “Irrational Behavior” is no exception.

The following map was created to show the distribution of students who completed the pre-course survey. Mouse over to see the number of students in each country.

What do students do for a grade?

In-video free response question: How should people set a value on the price of coffee?
Student Responses: 17,302

Students watch video lectures and read research articles related to the weekly topics. They then take quizzes that test the knowledge learned from each of these sources. Later in the class, students participate in a peer-graded writing assignment and take a final exam. While some of the in-video quizzes are in the traditional multiple-choice format, there are other open-ended questions which have yielded a rich collection of responses. To the right, you can see word cloud visualizations depicting the most frequently-used words from the students’ responses. A button labeled “Don’t click here.” is a small yet intriguing feature of the course’s navigation bar. Students are interested and fascinated by how their actions in the course are being studied, which is made evident by the numerous questions posed in the highly active discussion fora. There are many posts related to the enigmatic button, and one particular thread, “The ‘Don’t Click Here’ tab” has 147 posts and 5,300 views. As an example of this curiosity, one student asked, “Is this some sort of surrealist intervention? Perhaps it is impossible to “click here”(?) Is the representation the reality? “Ceci n’est pas une pipe?” as Magritte would or wouldn’t say.”

Posts related to this topic represent a mere fraction of the 11,677 combined posts and comments created since the pre-course launch. Oh, and while the button appears to be quite harmless, you’ll have to join the class yourself and click the button to see what happens!

One of the new and relatively unique aspects that has developed with this class is its Google+ community. Communities are a recently introduced feature on the Google+ social platform, where users can choose to interact with each other, and have been used to great effect in other MOOCs such as MIT Media Lab’s “Learning Creative Learning”. While 3,600 students have already joined the Google+ community for “A Beginner’s Guide to Irrational Behavior,” representing only 5-10% of active students, the level of activity in the community is astonishingly rapid and fun to watch.

Students’ posts flow down the page like a waterfall, including everything from videos, asking and responding to questions, or simple comments that say, “hello” from a student’s hometown. At any given moment, you might see a new face appear on the page, excited to learn and share their experiences related to the course. Students can post directly to the front page on the Google+ Community for the “Irrational Behavior” course.

A major criticism of online courses of all sizes is that students lose the “face-to-face” interaction that is prized in many traditional in-person classes. Google+ Hangouts provides a virtual face-to-face medium for the informal interactions that would happen in a real classroom, or in the hallway before and after class. The tool was piloted in other classes, such as Duke’s largest-enrolled course, “Think Again.” In these pilots programs, however, students ran into the problem of coordination. Incidentally,  this is a problem that Dan has written about before in other contexts. Students would excitedly join a Hangout hoping to interact with other students from their MOOC, only to find an empty room because there were no other users in the Hangout at that time.

“Irrational Behavior” provided a new tool designed to resolve the coordination problem. A Hangouts Scheduler was implemented in the course, intended to encourage students to meet up over a given topic. This tool uses the Google+ communities as a way to organize Hangout events and invite other students to join. To get started, course staff set up two “Irrational Behavior” events each day where students would get together and discuss a specific topic, which are not necessarily attended or moderated by the course staff. The Google+ Hangout scheduler helps students coordinate their own video conversations within the course community.

I personally joined a couple of the Hangouts to get a feel for how they were going. While one Hangout I joined was a bit awkward and needed some prodding to get conversation started, I joined another and was very impressed by how smoothly the conversation progressed. This particular event was set up to discuss how default options shape our behavior. When I joined, students were already deep into discussion about how irrational decision-making on forms affects voting and politics around the world. One student from South Carolina explained that many of their electorate admitted that they voted for an unknown state senate candidate named Alvin Greene. They voted for him not because of his political platform, but because his name was listed at the top of the ballot. Furthermore, even though voters did not know anything about this candidate who had no advertising budget, they still voted for him because his name reminded them of the musician Al Green. Voting for this candidate exhibited irrational behavior, for sure!

Another student from a country in the Middle East remarked that their country has a problem with people voting long after they were dead. This discussion of “cemetery voting” was echoed by another student in Chicago who explained that election night in Chicago was sometimes humorously referred to as the “night of the living dead voters,” which drew chuckles from each of the ten people in the hangout. In addition to each week’s video lectures from Prof. Ariely, the class includes videos from guest speakers who have research projects or stories to tell that are related to the week’s theme. Prof. Ariely and some of these speakers will be joining Google+ Hangouts On-Air throughout the class. “On-Air” is a special type of Google+ Hangout that allows the video to be streamed live on YouTube for a wide audience, and is also recorded for later viewing. The Hangout was offered in an “Office Hours” format, where Prof. Ariely answered questions with Coursera students from around the world. Prof. Ariely hosted his first Hangout On-Air on March 30th, and over the course of an hour he was able to connect with 35 students from the class and many more over YouTube.

Prof. Ariely commented at the end of the talk about his experience with the “experiment” running the Google+ Hangout On-Air:

“…it was very nice to see some of your faces and your comments. You know, when we were taping the class, there was nobody there, I was just imagining a student. It would have been nice to do it after a Hangout so I had at least some faces to imagine when I talk, but it’s very nice for me to know that there are people on the other side, and they have faces and questions and so on. So thank you very much and I’m looking forward to doing it again!”